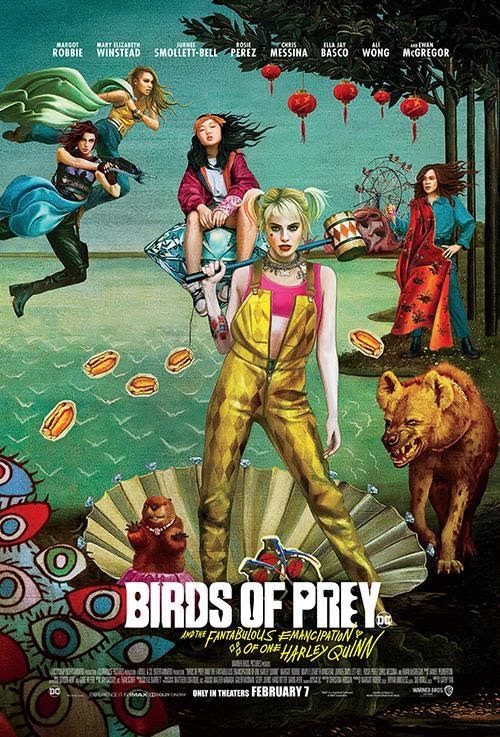 The film is fun, fast-paced and very stylistic.

The 2016 blockbuster Suicide Squad was a disappointing installment in DC’s cinematic universe for a lot of fans, despite being a huge box office success, bringing in nearly $750 million.

The Harley Quinn-centered sequel (of sorts) Birds of Prey came out in early February, receiving slightly mixed but generally positive reviews from both critics and fans. The movie follows Harley Quinn and an assortment of other tough Gotham women as they seek to take down the Black Mask and survive while doing it. There are five protagonists — some getting more screen time and attention than others — all fighting to achieve their goals before banding together in the final portion of the movie.

The film is fun, fast-paced, and very stylistic, choosing a kind of “unreliable narrator” approach with Harley Quinn telling the story. This effect is complete with an underlying monologue and cutting back and forth in time to follow different perspectives at key points in the story. Bending time like this is a very difficult thing to pull off in movies, and while Birds of Prey didn’t do it perfectly, it did a pretty commendable job. There were points where the choice of storytelling was a little jolting, and it’s always a gamble cutting off the action to go backward, but overall, it was pretty well done and lent itself to the tone of the film.

Speaking of which, I felt that the tone was very lighthearted and leaned heavily on comedy. There were a few tense and emotionally impactful scenes, but none of them could be taken seriously because of the upbeat style of the movie. Maybe that was the point?

There is also something to be said for the action and fight sequences in this film. If there is one thing that a superhero or villain movie needs more than a big budget, it’s well-done action. And this movie did a very good job. Honestly, if you’re into that kind of thing, I’d watch Birds of Prey for that aspect alone. I’m a sucker for women beating people up, what can I say?

Overall it’s a good movie for what it is: a fun superhero flick.

0 comments on ““Birds of Prey” Review”