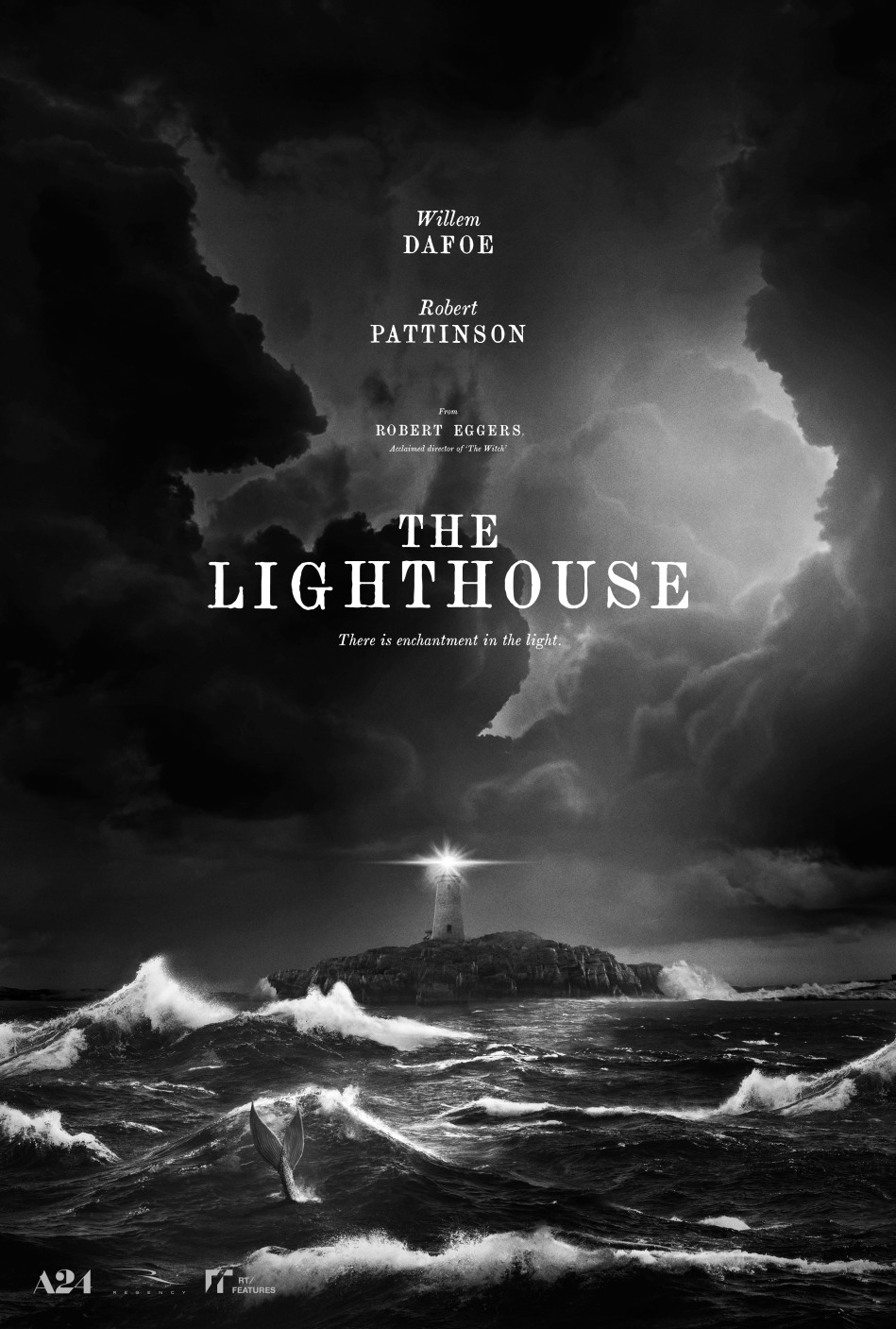 This intense viewing experience is truly unlike anything I have seen all year.

Robert Eggers’ The Lighthouse has to be one of the most unique and well-made films of 2019. This chilling tale of two stranded lighthouse keepers (or ‘wickies’ as they are called in the film) had me thoroughly engrossed from start to finish. Both Willem Dafoe and Robert Pattinson’s performances are absolutely unparalleled, and they expertly convey the slowly increasing madness and isolation which both of them feel.

The dialogue is expertly done too. The writers even looked at the logs of many wickies in order to keep the movie authentic to the period. Even with this antiquated language style, the characters are still easily understood, and the viewer can still be entirely engrossed in their conversations. This snappy script and powerful dialogue is further amplified by the way this film is presented.

In a callback to the horror films of the 30s and 40s, this film is shot in stark black and white with a narrow, almost square, aspect ratio. This makes the film feel even more claustrophobic and tense, since it amplifies the close living quarters and overall level of squalor the main protagonist lives in. The stiff yet floating camera movements also call to mind the early horror films of Hollywood, while still remaining entirely innovative and visually interesting. These elements come together to create a film that keeps the viewer on edge in the way in the same way that the characters themselves are on edge.

When I watched this film, I truly felt the horror, delirium, and overall isolation that the characters felt. This intense viewing experience is truly unlike anything I have seen all year.

0 comments on ““The Lighthouse” Film Review”