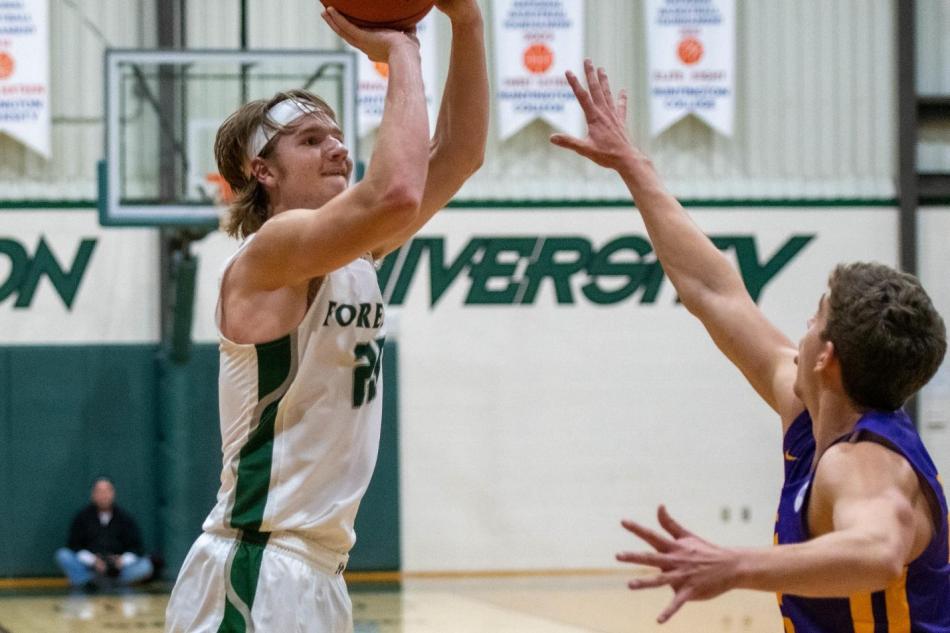 Some highlights of the beginning of the team’s season.

The 2019-2020 season for Huntington’s men’s basketball team looked rough as they were predicted ninth in one of the toughest conferences in the NAIA. With the chip that came from that prediction on their shoulders, the team has fought their way to a nice 4-2 record, with a key win over 13th ranked IU East. Their only loss came in the Hall of Fame Classic championship, against an 11th ranked Olivet Nazarene squad.

The source of the scoring is coming from a familiar face for the Foresters, Konner Platt. Platt in 6 games is averaging 24 points a game, which is good for 11th in the country and second to Kyle Mangas in the Crossroads League. Platt had an outstanding performance against Holy Family (Wisconsin), dropping 44 points in the contest, which is the 4th best performance this season so far in terms of scoring. The Foresters will need for him to continue as they have a tough road ahead in the best conference in the NAIA.

The Foresters look even more exciting this season with the new additions to the team and one player that has stepped up. That player is Spencer Ballinger. Ballinger’s last season as a Freshman averaged just 4 points per contest, and two rebounds. This season, he not only averages 16 points and six rebounds, but has taken off with extreme speed and athleticism. The explosiveness that he has shown throughout the season so far has had a significant impact and will play a key role in competing in the league this season.

If that doesn’t get you excited enough to come out to Platt arena, the Foresters host six pre-season ranked opponents, including defending national champion Spring Arbor (Nov 26th), #4 Indiana Wesleyan, and #6 Mount Vernon. The Foresters will be on the upset alert several times at home this year and should draw some serious attention that you wouldn’t want to miss.

0 comments on “Forester Men’s Basketball Off to Solid Start”