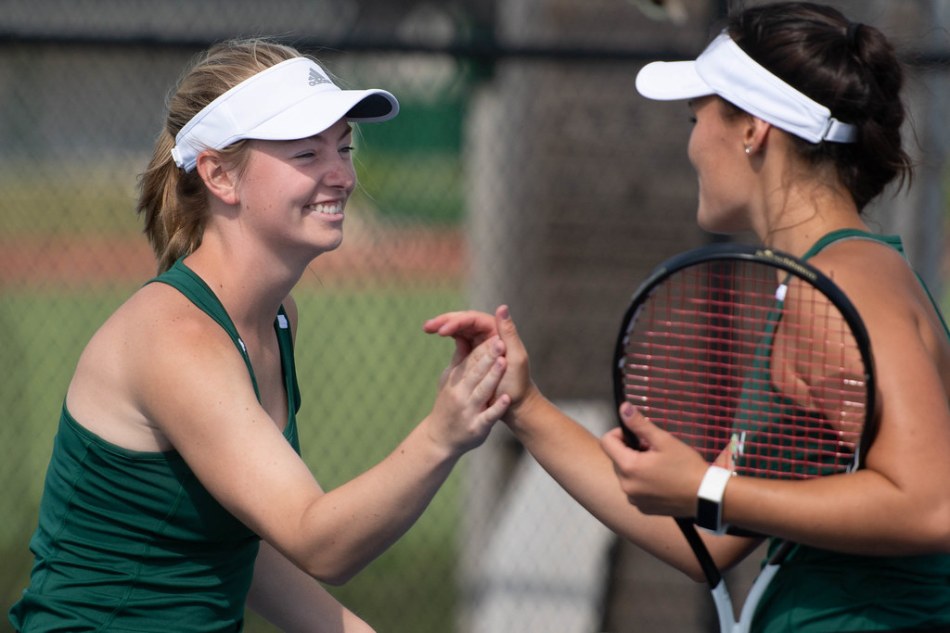 The Foresters could finish as high as 4th in the conference, especially since two CL all-league award recipients from last season are returning.

The Foresters Women’s Tennis team began the 2019 season with a pair of strong opponents. They lost a close match to #25 Marian in their conference opener at 4-3, but bounced back quickly with a 4-3 victory over Northwestern Ohio, who had receiving votes at that time. These close matches against nationally ranked opponents showed that the Foresters will be able to compete with almost anyone on the court this season.

This season, Huntington has 6-4 overall record (4-3) in the conference. The losses have all come from the top three teams in the league, which means that the Foresters could have a strong run in the second half of the season and be on fire when the tournament comes around. The top three teams have a combined record of 25-2, so sitting in 5th isn’t that bad of a spot to be in halfway through the season.

The Foresters could finish as high as 4th in the conference, especially since two CL all-league award recipients from last season are returning. Those two players are senior Meg Dolde and sophomore Morgan Fitzpatrick. Both are having great seasons again this year, as Dolde is 7-2 in singles with a big win against her match vs #9 IWU, and Fitzpatrick is also 7-2 for the season. Both girls should be up for all league honors this season. Junior Charlotte Solli is also having herself a nice 7-3 this season.

We’d like to congratulate Coach Roger Ferguson on his 100th career victory. Ferguson is in his 11th season for Huntington University and has done great work for the Foresters since he was hired in 2009. His players have received 16 all conference honors and 20 NAIA Scholar Athlete awards. They will add a few more to that list at the end of this season.