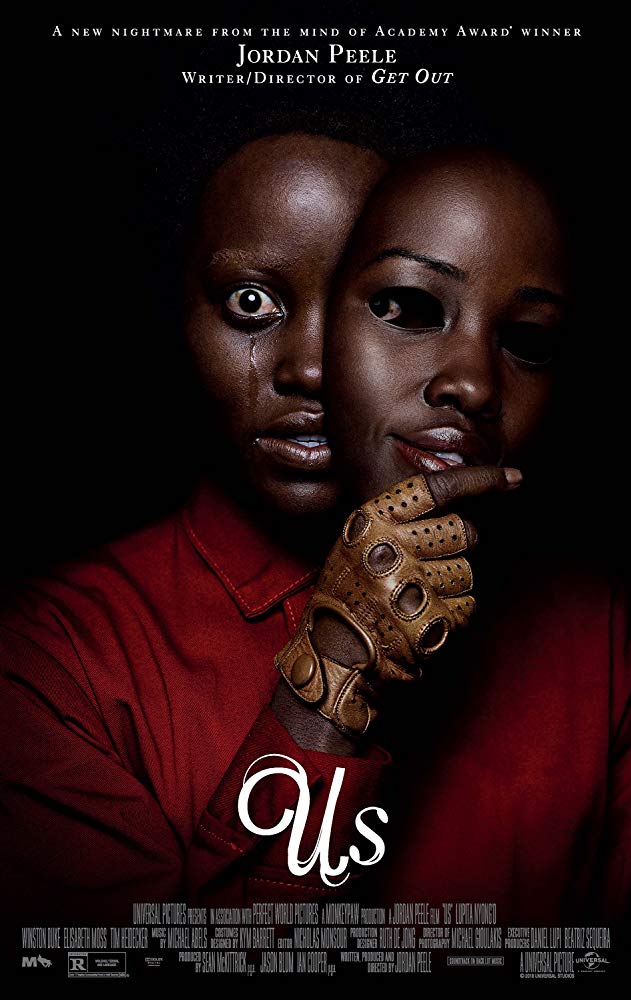 Two years ago, actor and producer Jordan Peele shocked many moviegoers with his horrifying and mysterious thriller, Get Out. Fans of this movie were excited to hear that on March 22, Peele released yet another psychological thriller called Us. The movie starts Lupita Nyong’o, a well-known actress who has won several acting awards (including an Oscar and a Golden Globe) and played in several popular movies including Black Panther and 12 Years A Slave.

This movie follows the story of a woman, Adelaide Wilson (Nyong’o), who experienced a traumatic event at a young age at her childhood home by the beach. Featuring flashbacks from her chilling past, the movie takes place in present time when Adelaide is older and has a family of her own. When they go back to her childhood beach home to have what is intended to be a fun and relaxing family vacation, Adelaide becomes haunted by flashbacks of her past, which soon turn into a nightmarish reality.

A mysterious family appears outside of their vacation home one night — but this is no ordinary family. To Adelaide and her family’s horror, these four strangers all look exactly like her and her family. Not only this, but these strange doppelgangers are looking for revenge, and their reason for revenge is something none of the family could foresee. Their peaceful vacation soon becomes a fight for their lives when a twisted and disturbing secret is revealed to them that completely changes the way that they see their lives.

If you are someone who loves jump scares, plot twist endings and having your head messed with, then this is the movie for you. Us is a mysterious movie with many hidden meanings and representations, so it is intended to be watched carefully — maybe even twice to pick up on all of the symbolization and foreshadowing. Filled with action, mystery, and many unexpected turns of events, this movie is one you will not want to miss.

Us will leave you on the edge of your seat and mind blown even after leaving the theater.