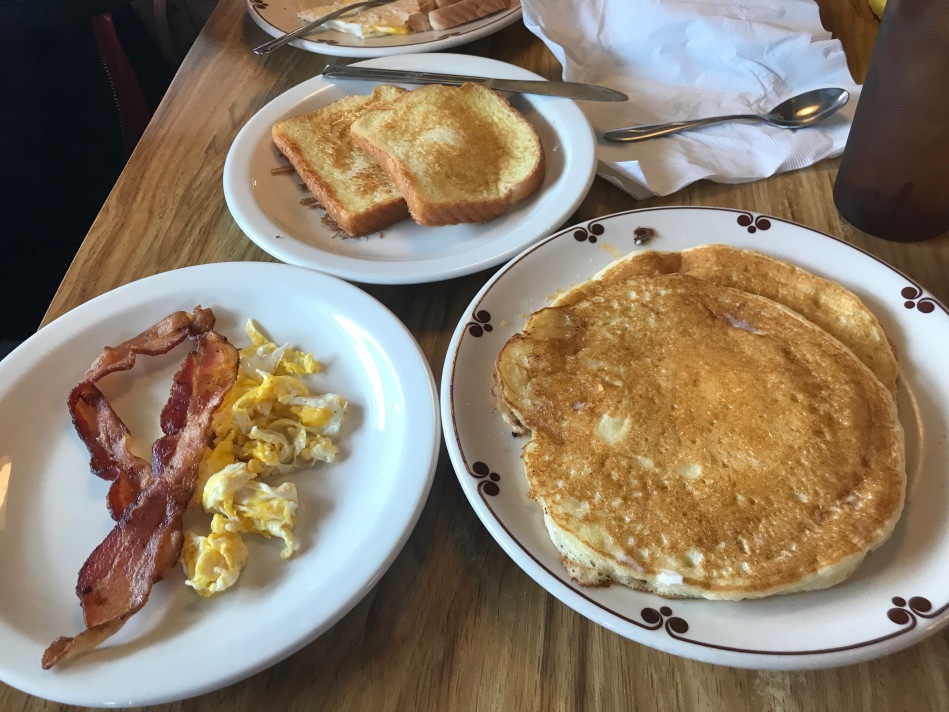 Breakfast food is the only type of food that is acceptable at all hours of the day. There’s never a bad time to eat some breakfast food. Even college students with crazy schedules can eat breakfast whenever we please.

This article compares three different breakfast restaurants in Huntington: Johnny’s, Nick’s Kitchen, and Country Post. All of these places are known for their amazing breakfast food and delicious desserts. At each place, I ordered two pancakes, eggs, bacon, and a dessert.

Johnny’s is a five minute’s drive from Huntington University — just downtown past the train tracks. This restaurant is very affordable and was the least expensive place I visited by a large margin. My total ended up being $7.41. I ordered two pancakes, an egg, bacon and cinnamon rolls. Although there’s usually only one waitress, my food was prepared quickly.

The pancakes were soft and delicious. The bacon was, of course, amazing. While I ordered one egg, which was very good. The cinnamon rolls (two for $.99) were warm and soft, with a perfect amount of cinnamon and icing.

Nick’s Kitchen is also located in downtown Huntington but not past the tracks. Nick’s Kitchen is known for its tenderloins as well as its breakfast overall. It is a quaint little place similar to a café. The food was prepared quickly as well. The total cost was $10.70, which included the slice of peachy apple pie I ordered.

The eggs here were probably the best of the three restaurants. Although the pancakes weren’t as light and airy as the pancakes from the other two places, they were still very good. The bacon here was good and more cooked than the others. The peachy apple pie was delicious;. the crust was cinnamon with just the right amount of crispiness. The pie itself came from the fridge but could have been warmed up had I asked. 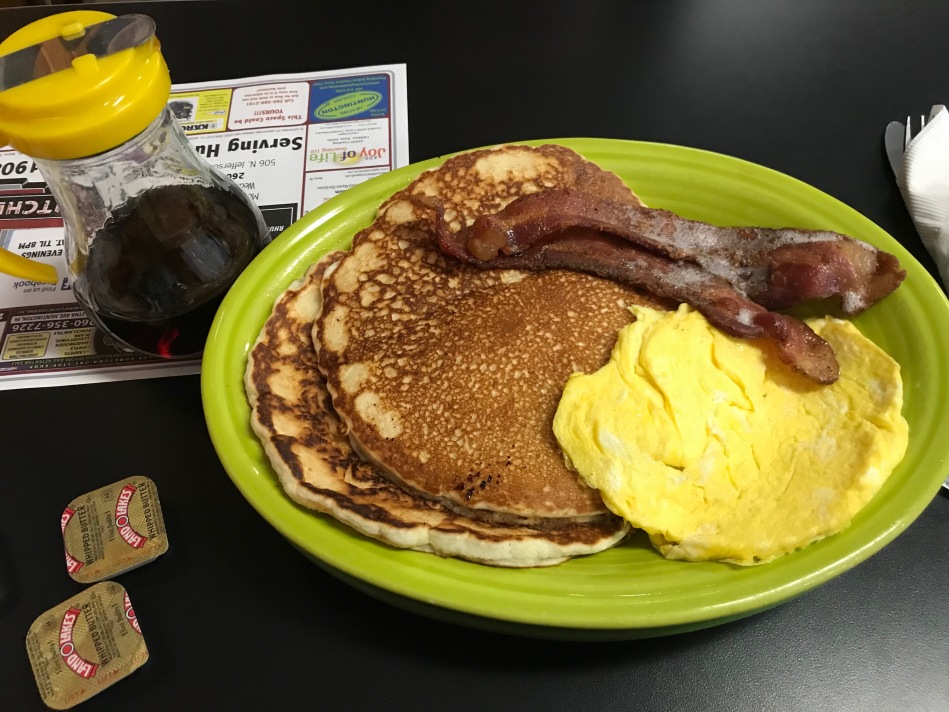 Finally, I visited Country Post. This place is located past the Huntington 7 movie theater. Country Post is known for its very large pancakes. One pancake fills up an entire plate.

The bacon and eggs were very well-made, exactly how I love them. The pancakes were very good. They were super fluffy and thoroughly cooked. Lastly, the cinnamon roll was delectable. It was soft throughout and warm, with the perfect amount of icing. It was more expensive than the ones served at Johnny’s but just as good in a different way.

Overall, no matter where you go, you will be served a wonderful breakfast and walk away fully satisfied with your meal. Each restaurant had a nice homey atmosphere that was relaxing for the type of food served. Johnny’s was the cheapest while still serving high quality food. Nick’s Kitchen was convenient and quick with the best scrambled eggs. Country Post had the best pancakes and service. In conclusion, you can’t go wrong anytime you decide to have breakfast in Huntington.