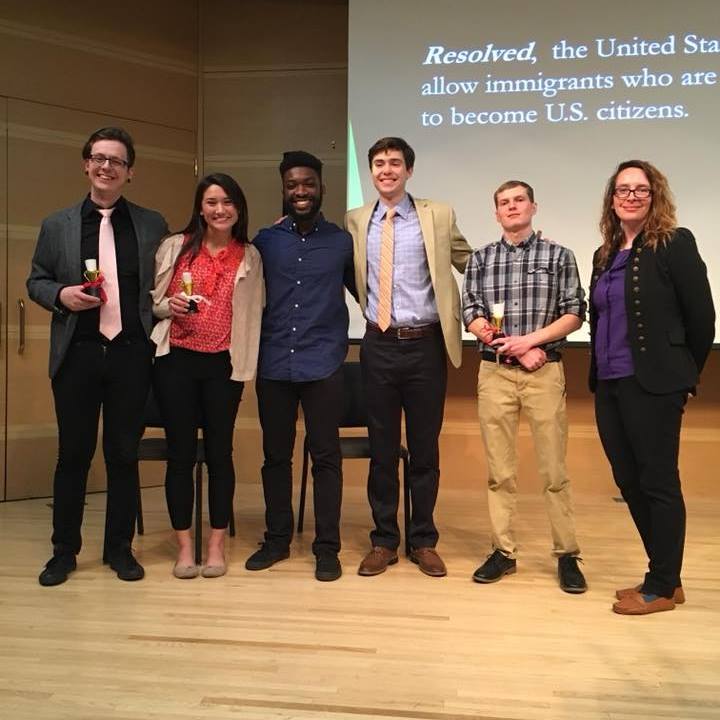 Unfortunately, many Foresters have not yet heard about Eunomia, Huntington University’s pre-law club. To get the inside scoop on this relatively-unknown club, I sat down with president Logan DeMaa.

According to DeMaa, Eunomia meets around five times a year in the history lounge, which is located in the second level of Loew-Brenn Hall. Eunomia puts on several events throughout the year.

One of these is the spring debate. This event is student-led; Eunomia chooses a topic and contacts possible debaters. Four student debaters are chosen, and one student moderates. The event is held in Longacre. The 2019 debate will concern the topic of the electoral college. Past topics have included the acceptance of Syrian refugees and the United States’ immigration policy. After the debate concludes, a panel chooses a winner.

In addition to the spring debate, Eunomia organizes one or two law school field trips each year. These trips are open to all students and often involve delicious food. In recent years, HU students have had the opportunity to visit the law schools at the University of Michigan and IU McKinney. This spring, Eunomia is in the beginning stages of planning a trip to Notre Dame. This trip will take place on a Tuesday or Thursday and likely allow students to sit in on a class.

Eunomia meetings facilitate discussions about law and law school preparation. Logan DeMaa noted that Eunomia’s resources for LSAT preparation have helped him personally. When asked who Eunomia is open to, DeMaa replied, “anyone and everyone!” If you’d like to be involved in Eunomia, you can contact Logan DeMaa at demaal@huntington.edu to be put on the email list.