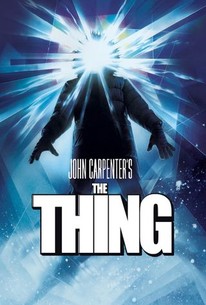 Every October, many of us are glued to our TVs or computers, watching scary movies with our friends. Most of us can relate to this because we are bored of making Halloween crafts or carving our 80th pumpkin. It’s easy to get pulled into the wrath of a scary movie, but what happens when you get pulled into a terrible horror movie? It’s happened to all of us. You’re watching a scary movie, and then suddenly it becomes cheesy, boring, and predictable, and the acting keeps getting worse and worse.

I’ve noticed this happening a lot lately, especially with remakes of older horror movies. Hollywood is continuously producing remakes of scary movies that we know and love, and instead of trying to make them better, they are just giving us a watered-down version of the same story with different actors. What I mean is that instead of elaborating on a story and creating more depth, writers and directors are giving us a “boring version” of a movie that many people love.

Take The Thing, for example. John Carpenter’s, The Thing, came out in 1982 and has been named as one of the greatest horror movies of all time. The effects were spectacular and frightening for it’s time, and it had a compelling storyline. Then in 2011, a remake of it came out and received terrible ratings. The acting was bland, the CGI looked incredibly fake and it was overall just a bleak and dreary film. Now that is my personal opinion, and you do not have to agree with it. Me, as well as many others, agree that the reason why many remakes are getting a bad wrap is simply because Hollywood is running out of ideas.

Why do some filmmakers believe that it is best to remake scary movies — or remake any movies for that matter? Why can’t people just create movies without stealing somebody’s else’s idea? If we as an audience want to watch The Thing, A Nightmare on Elm Street, Carrie, Halloween, Poltergeist or any other scary movie, we’ll most likely watch the original. Now I do get it — some horror remakes are not that bad. The Fly, IT, Invasion of the Body Snatchers and The Thing (because the very first one came out in 1951), have been praised for their take on their original stories, but many scary movies should just be left alone.