Each senior ministry major has to partake in a seven-month internship called PRIME in order to graduate with their ministry degree. It is suggested that students find an internship that isn’t particularly close to the university or their hometown in order to rely on the skills they’ve learned through classes and to try and simulate what it might look like to have a life in ministry.

Some students take that challenge to the extreme. One of those students is Taylor North.

North decided to complete her PRIME requirement during the spring semester in Bridgeport, Texas, a full 15 ½ hours (1,031 miles) from Huntington and 17 ½ hours (1,212 miles) from her home in Luther, Michigan.

“The distance from my family was the only hesitation I had,” North said about her wariness of the opportunity. “I have grown up working in camps with my family, and so moving this far away would be a challenge for me.”

So far, the distance has given her chances to learn to do difficult things, such as let go. She knows that if she was closer to her family, she would be with them almost every weekend and be involved in all of their family affairs. This would be comforting, but wouldn’t allow her to grow in the ways she has.

“Being here has allowed me to focus on what I need to be doing instead of what my family is doing,” North said. “It’s been crazy hard, but it’s a lesson I’ve had to learn.”

Like many ministry students, the pinning-down of a specific PRIME location can be tricky. North originally tried to land an internship at the Lake View Camping and Conference Center in Lake View, Texas, but that fell through.

She was then in contact with Beau Taft, a friend and director of the Bridgeport Camping and Conference Center soon after learning that her original location didn’t pan out.

“[Taft] told me that, ‘If you don’t mind getting your hands dirty, we would love to have you,’ and the rest is history,” North said.

This internship came together much faster than the previous location. 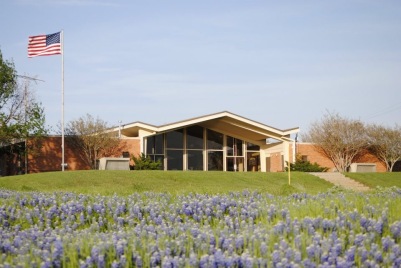 She has really enjoyed getting to know the other people at the camp. She recalled initially being the awkward new person and now being fully immersed in the big Bridgeview family. She claimed her experience as an example of God taking our plans we have for ourselves and changing them into what he wants for us.

“He has let me know that there is no reason to worry because His plan will always be better,” North said. “That has been really comforting during my time here.”

0 comments on “Students travel the distance for PRIME”